Every child deserves to lead a happy, healthy and productive life Donate Here

Stephanie shares, “We had an incredible four days exploring five California college campuses: Cal Poly San Luis Obispo, UC Santa Cruz, UC Berkeley, Sonoma State University, and UC Davis.  We ate at the dining halls, saw dorm rooms and learned about the admission process for Cal States and UCs. We also made some time for sightseeing along the way and enjoyed walking around the Santa Cruz boardwalk, San Francisco Fisherman’s Wharf, and the Golden Gate Bridge.  We walked over 49,282 steps (17 miles!), drove 396 miles and spent much time bonding as a group.” 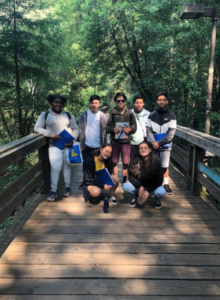 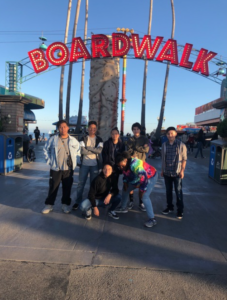 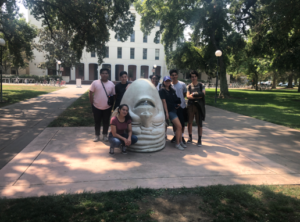 Stay up to date with the latest DTS news

Hello again! One of my many favorite parts about c

Hi everyone! My name is Demi and I’m currently a

A picture says a thousand words and we could not a

We encourage our rising seniors in high school to

Hello again!! Here I am in one of my favorite plac